Samsung recently updated its Star handset with the Star TV model, also dubbed S5233T and pictured below. This phone brings TV viewing as an extra feature, when compared to its predecessor. It’s not T-DMB TV we’re talking, but rather the average analog mobile TV receiver, that provides you with free programmes. 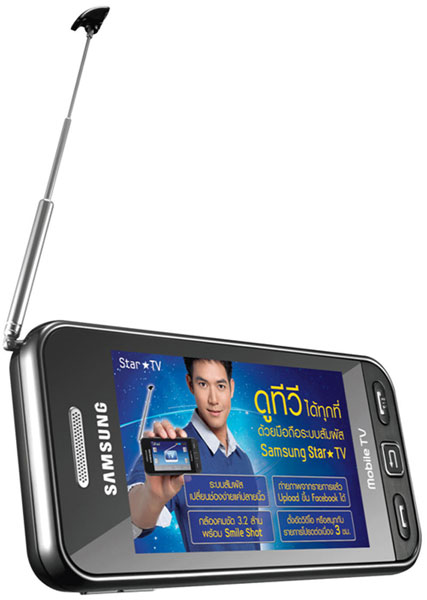 Samsung Star TV is already available in Southeast Asia and it’ll hit India soon, it seems. The maker of this unit customized its interface, providing rich graphical controls. For example, an user will be able to flick the screen in order to move to another channel and click the display once for simple video recording.

There’s also an on-screen keypad for channel entry, plus you’ll see the incoming texts while viewing TV, if you’re interested. Here’s a video demo of the phone: