HTC Desire S, one of the devices unveiled by the Taiwanese company at MWC 2011 last month was just made available in Europe. The first countries to get it are Germany, where Amazon sells the handset for $651 in the silver version and the Czech Republic. The black Desire S will debut on March 28, selling for 477 euros. 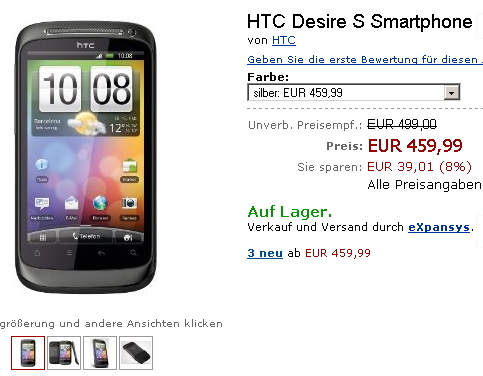 In the Czech Republic, HTC sells the phone for 468 euros, but the first 100 customers buying it from the official HTC store in Prague get a price reduction of 50%. We remind you that the Desire S is a 3.7 inch smartphone with 768MB RAM, a 1GHZ processor and HSDPA connectivity.

It comes with a 5 megapixel camera, WiFi, DLNA and it runs Android 2.3 Gingerbread with the latest version of HTC Sense UI. Expect the Desire S to reach the UK before the month end. 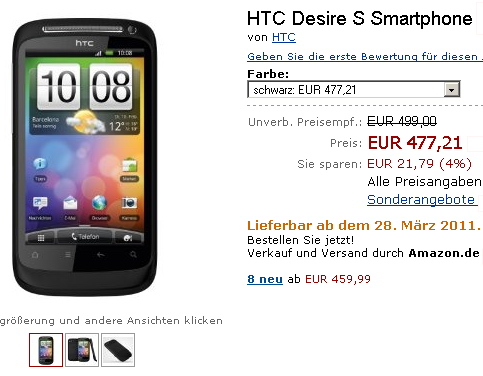