It appears that the series of Android 4.0 devices from HTC is getting more and more diverse, so after the One Series and Desire C model, now we uncover the Desire V, also available as the Desire VC in a slightly different version in India. This model is a dual SIM device that was announced in Ukraine and India for now. 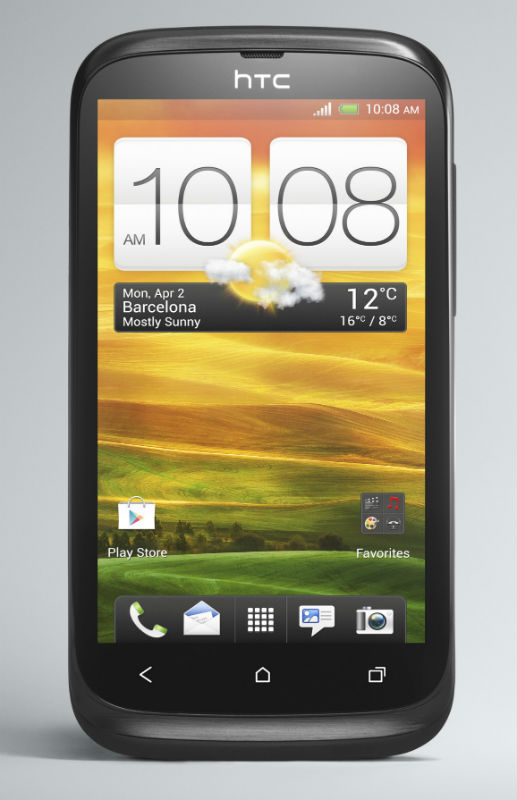 It integrates Beats Audio, runs Android 4.0 with HTC Sense 4.0 and measures less than 9mm in thickness. Its back side has a soft touch coating and there’s a metal frame on the front side. It looks a bit like the Desire S in that aspect. The Desire V packs a 4 inch display with a 480 x 800 pixel resolution, although the source in India that detailed the phone mentioned a 480 x 960 pixel resolution, so maybe they’re different. Other features include a 1 GHz processor, 5MP camera with autofocus and LED flash.

The difference between the HTC Desire V and the Desire VC is that the first supports GSM-GSM dual SIM cards, while the second GSM-CDMA cards. Also, the prices are a bit different between these models. Desire V offers a 2 year subscription to Dropbox with 25GB of storage and in Ukraine it will debut in early July 2012 in Hello stores with a cost of around $380. In August it will arrive on other networks.