HTC Droid DNA is a device that has been leaked before, the 5 inch 1080p device that was also dubbed HTC dlx. It could be the western version of HTC J Butterfly from Japan or maybe just a totally fresh newcomer, ready for its Verizon debut, according to the picture posted below and leaked by @evleaks. 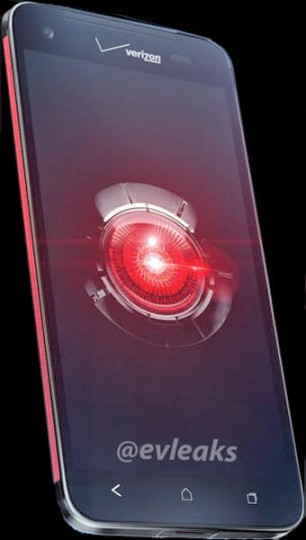 Rumors are saying that the device will debut on December 6th and before being known as Droid DNA, the phablet also leaked as HTC Incredible X. This 5 inch 1080p device has a 440 ppi display, quad core processor and 2 GB of RAM. It will come to Verizon with LTE and in 16 GB and 32 GB versions. HTC and Verizon chose a 2,500 mAh battery for this newcomer, the same as the one on the Galaxy Note, for example.

Tipsters are saying that the device will be priced at $249 when it arrives next month, although previous rumors mentioned a $199 price tag. For now the device sounds impressive and I’m glad they added an extra 500 mAh to the battery compared to the Japanese version. Will you get one for Xmas?