We wanted to see Android 2.1 on our Droid Eris units, but instead we got what probably is the most useless update ever: a tiny piece of software that fixes one single bug. We’re talking about the ROM version 1.17.605.1 update, available through the over-the-air update mechanism. 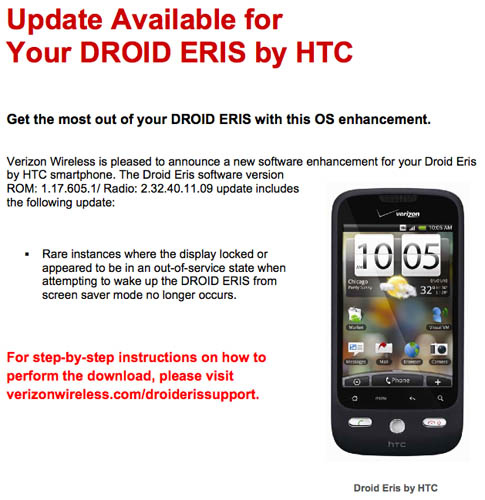 This new ROM fixes an intermittent bad signal indicator, that comes up with you take the device out of standby mode. Let’s just hope that the next update served by Verizon Wireless will be more… interesting, to say the least.