PhoneDog seems to be sure that HTC is readying yet another handset for Verizon: the Droid Incredible 4G. An anonymous source is quoted as sure that this device is coming, but I advise you take the info with the usual grain of salt. The device has been leaking a lot lately and it may be a remote relative of the One series. 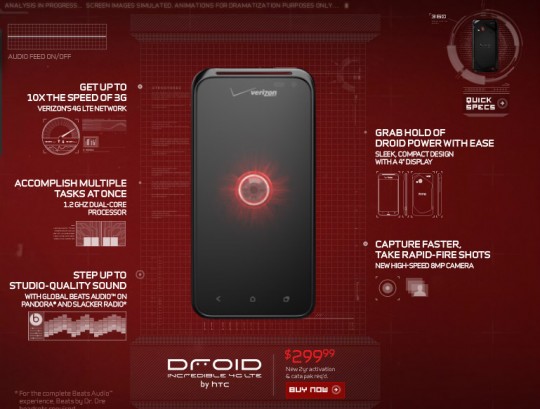 Sources say that this phone is actually a modified One S, packing a 4 inch qHD display, plastic case and LTE connectivity. Other changes include a removable battery cover and replaceable battery, something that the One Series devices didn’t provide. There will also be a version with expanded battery after the launch, something like the Droid RAZR MAXX I imagine… Also as a bonus from the One S we get a microSD card slot, to accompany the 8GB of internal storage.

The design of the handset will also be adapted to reflect the fact that it belongs to the Incredible series. Inside we find the 1.5 GHz dual core Snapdragon CPU, 1GB of RAM and the 8MP camera, the same specs as the One S. Android 4.0 and HTC Sense 4.0 round up the features list, plus some bloatware, maybe… With this model ready to go and Droid RAZR HD rumored, as well as the Galaxy S III prepping for Verizon this summer will give us a wide selection of phones to choose from on the Big Red.