The guys of Phone Arena have been lucky enough to get a picture of what looks like a real Samsung Galaxy S III unit. Gone are those dummy prototypes with ugly looks and now we get to see a handset with metallic rounded edges, a very elongated form factor and a physical Home button. 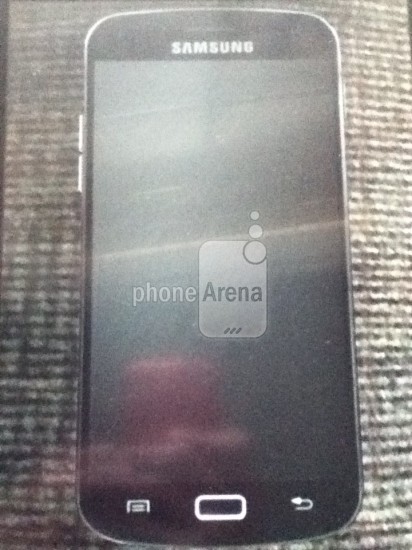 This model’s design also fits the sketch seen in the user manual associated to the GT-i9300 that I we saw yesterday. We have no idea if this is the real thing, so take the image with the usual grain of salt. It certainly looks like your average blurry leaked pic and doesn’t seem to be Photoshopped or anything. As you can see, this supposed Galaxy S III takes cues from the Galaxy Nexus design and also a bit from the LG Optimus LTE P936, another elongated and rounded phone.

The bezels are very thin here instantly bringing in mind the idea of an edge to edge screen. This smartphone was made longer to incorporate that big 4.7/4.8 inch screen that’s rumored to be on board. And to clear everything up, yesterday Samsung’s VP Robert Yi confirmed that the GT-i9300 will be the S III, so it’s official. I remind you that on May 3rd we’ll get an official launch event in London for the new Galaxy S model and all the mystery will be blown away.