You can’t buy a HTC One in China right now, since it will debut around April 24th, but you can check out the HTC E1. The device is known internally as the HTC 603e and it comes with an earpiece that looks very much like the one of the HTC One. The device is available here. 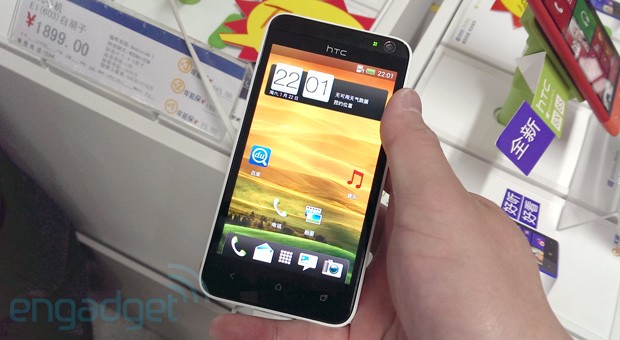 The retail name of this dual SIM handset is actually the E1 and HTC promotes it as an affordable Android 4.1 smartphone. It comes with HTC Sense 4+, a 2.1 megapixel F/2.0 wide angle front camera (like the HTC One) and a special promotion strategy in China. HTC offers your own custom build hardware on the phone, so you can select either 8 or 16 GB of storage, a camera of 5 or 8 megapixels and one of the six body colors and patterns.

There’s even a custom spec suggestions engine that’s based on your zodiac and gender. So, if you’re a Virgo, the engine recommends a Lolita white color option and the basic 8 GB of storage, plus an 8 megapixel camera. The price versions go from $275 and $307. The specs that remain unchanged are a dual core 1.15 GHz CPU, 1 GB of RAM and a removable 2100 mAh battery.