I know I’ll draw lots of haters with this post, but I have to say this: LG Optimus 3D is a better 3D phone than HTC EVO 3D. It may tire your eyes, but it has a special 3D area in the menu and it performs a better 2D video capture (1080p), while the HTC 3D EVO is limited to a silly 2MP photo capture and 720p capture, both in 3D and 2D. 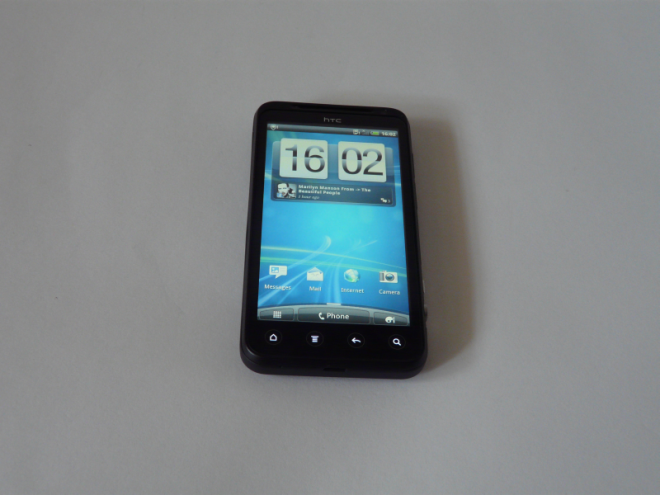 Don’t get me wrong, if you liked the HTC Sensation, you’ll also like this phone… since it’s basically the same, with a 3D camera attached. The design modifications are not that big, aside from the circles around the capacitive buttons under the screen, a very grippy back surface a la Samsung Galaxy S II and a huge camera button, plus the 2D/3D button. Other than that… Sensation all the way.

Under the hood we find the same 1.2GHz dual core processor, that helps run Android 2.3 Gingerbread with that pretty HTC Sense 3.0 interface, that looks even prettier on the 3D LCD display. Speaking of which, the HTC EVO 3D relies on a 4.3 inch 3D screen with a qHD resolution of 540 x 960 pixels. You know what that means right? No HD Gameloft games for you and believe me I tried to download some from and they just wouldn’t let me on account on the smartphone’s resolution. 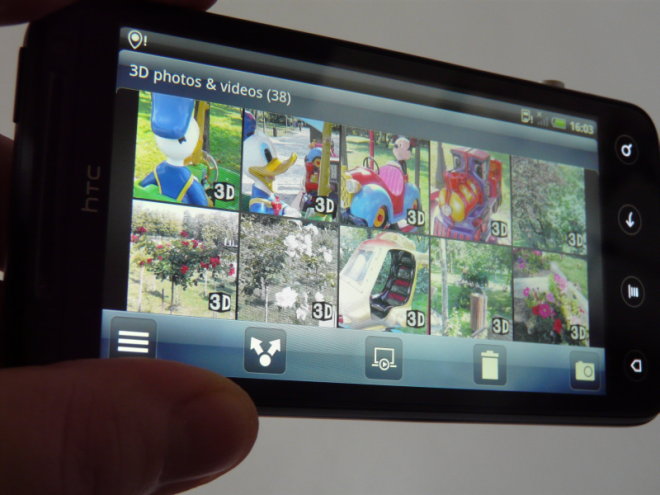 The rest of the specs are predictable, with the useful gig of RAM and the useless 1GB of storage (when will HTC learn to give us more?!). Connectivity-wise, you get Bluetooth 3.0, 3G HSDPA at 14.4Mbps, WiFi 802.11 b/g/n and support for DLNA. As far as the camera goes, you get a dual 5MP shooter, with autofocus, dual LED flash and 2MP only stereoscopic photos in 3D. Geotagging is also available and the video capture is done at 30 fps and 720p max, which is a disappointment.

Once again, I feel the need of a special 3D area on this device, kind of like the one on LG Optimus 3D, where I had YouTube 3D, the 3D camera, 3D photos and videos and 3D games gathered in a single location. Meanwhile, on the HTC EVO 3D I have to look for them. The main appeal of the HTC EVO 3D is its beautiful display, that truly shows incredible footage in 3D and even the pics I took look fantastic on it. Another pretty good thing is the camera, that actually takes good shots, for a HTC camera. I can say that this is the best camera I have ever seen on a smartphone made by HTC and that’s a pretty big compliment, believe me. 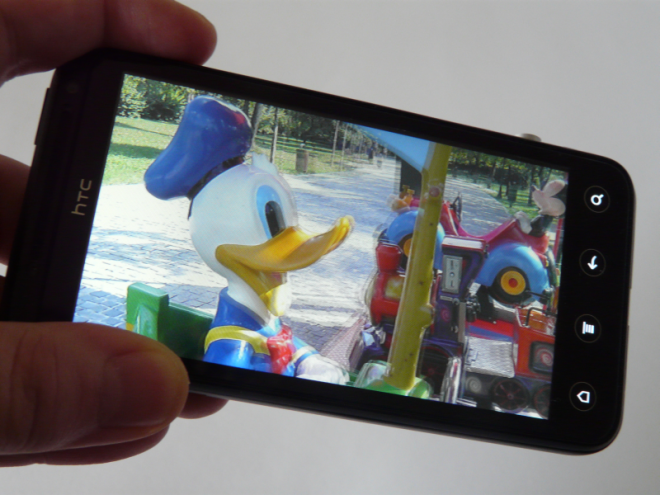 YouTube 3D also looks pretty fine and all in all this a very cool device, but if you already own a dual core phone, especially the Sensation, there’s no point in purchasing this model, trust me. Also, an LG Optimus 3D is a pretty good alternative, especially if you can bear some tired eyes… In the end the choice is yours and on many markets the two models have the exact same price. HTC Sense 3.0 is always a selling point for some people…