Remember the plans HTC had for a bunch of female-oriented phones? Aside from the Glamor and Bliss units, there’s the Pico model, pictured below. This time we also have some specs to go with the device. What’s really interesting about the hardware features is the fact that this handset uses the HTC Sense Zero interface. 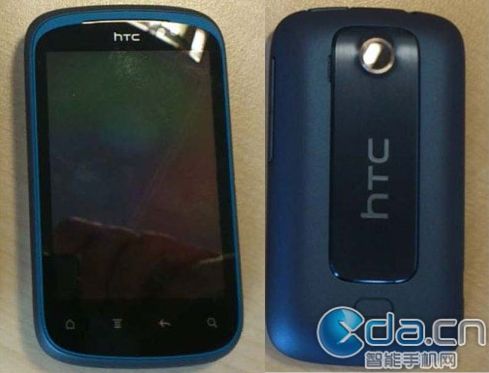 Maybe this interface is the dumbed down Sense experience that we’ve heard about a while ago, as a solution to get Gingerbread on HTC Desire. The specs of HTC Pico are very much like the ones of the Wildfire S model, including a 3.2 inch HVGA display, a 600 MHz CPU and 384 MB of RAM. Android 2.3, a 5MP cam and 1230mAh battery complete the features.

512MB of ROM are also here, while the support for 900/2100 MHz 3G bands indicates a release in Europe and Asia only for now. Considering the similarity with Wildfire S, this phone would cannibalize its “brother”, so we have to get a special feature to separate it from rivals.