As speculated before, a new version of the HTC EVO series was launched yesterday and actually this device didn’t get the One series branding, although it must be part of it, considering the design and specs. Below you have the unveiling video and a press picture of the beautiful new device. 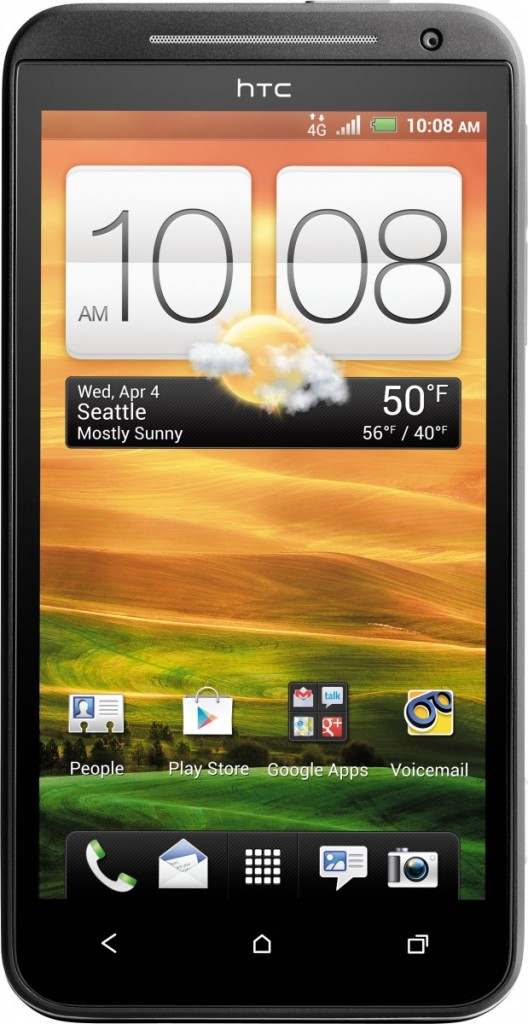 We’re dealing here with a 4.7 inch 720p handset, that doesn’t have the same appeal in design as the One X and One S, sadly. There’s also a kickstand on board, Android 4.0 with HTC Sense 4.0, a dual core Qualcomm Snapdragon S4 chip and an 8 megapixel camera with LED flash and 1080p HD video recording. There’s also a 1.3 megapixel camera at the front with the ability to record 720p HD videos as well. There’s also the option to take photos while recording video and an efficient camera interface, with on screen photo and video buttons right next to each other.

The camera has fast autofocus, super fast start up and cam take numerous pictures just by holding the shutter button. Also, thanks to the Imagesense technology and the HTC ImageChip, you’ll take great photos in any conditions. HTC EVO 4G LTE’s camera lets in 44% more light than lenses on standard cameraphones, since it’s a f/2.0 model. The new HTC EVO model also offers HD voice capabilities and strangely enough it has a microSD card slot, unlike the One series models. You also get NFC and Google Wallet on it and you should expect it in stores in Q2 for $200.