Yet another week and yet another leak of the presumed Samsung Galaxy S III… this time through a fresh press image, presumably. Also, the date May 22nd is back in action, being mentioned one more time by the source of this leak. What’s bizarre is the device pictured here, that’s not at all what I expected from the next gen Galaxy S. 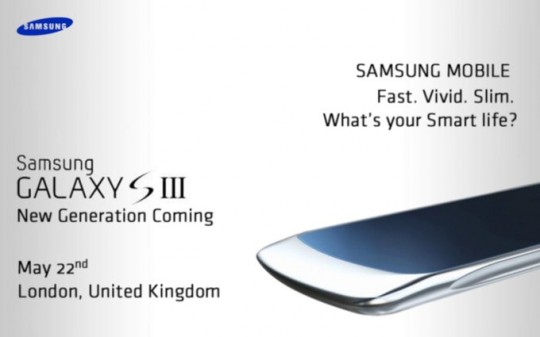 As you can see it’s a pretty metallic smartphone with some special indentation on the side, that some may think serves for a stylus or something. Also, that “backwards chin” below the display looks like something that Nokia would do, not Samsung. This pic was uncovered by the guys at Phandroid and one reason to believe it’s fake is that a big company never sends out press invites two months ahead of the event. Keep in mind that the Samsung Galaxy Nexus also had some crazy designs, with a very curved case actually, when it leaked ahead of the official launch.

There’s also the option of an April launch, that was mentioned at some point by a Samsung official saying that a debut in May is too remote from the competition. Keep in mind that the HTC One series is now taking over Europe as we speak, so Samsung has to act quickly. Will they deliver a solid device or a disappointment?