XDA Developers have two new toys to play with: HTC EVO 4G (yet unreleased to the public) and Android 2.2 Froyo. They combined the two and showed the world that the smartphone is able to run said OS. Proof is available in the video at the end of the article. 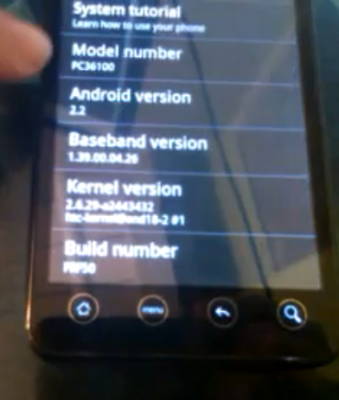 We remind you that HTC Evo 4G is the hottest HTC phone we know about right now, while Froyo was announced about 10 days ago, with many enhancements compared to Android 2.1. It will take a while to roll out the update to all the devices, with Nexus One being the first one, right now.

However, HTC Evo 4G should be launched, before getting the upgrade, don’t you think?