When HTC Evo 4G popped up the other day, everyone said it’s basically HTC HD2 with a 8 megapixel camera and WiMAX. Is this true? An IntoMobile comparison of the newcomer with the T-Mobile HTC HD2 will probably answer all of your questions regarding the first official WiMAX Sprint device. 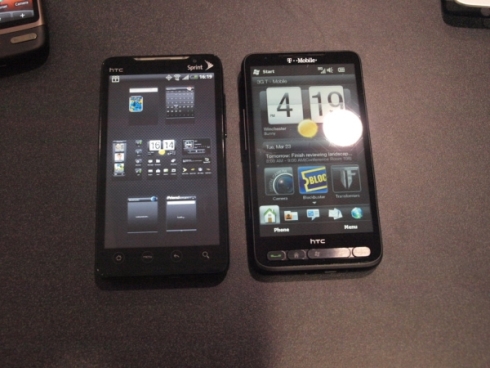 The focus of this comparison is the first glance you have at both devices… you’ll notice that the EVO 4G is thicker than the HD2, not by much, though. This can be blamed on the HDMI port hardware and 4G WiMAX gear embedded into the handset. You’ll find the same battery on both phones and we jump straight to the goodies, mentioning that EVO’s 8MP camera is a lot better than the one on HTC HD2. 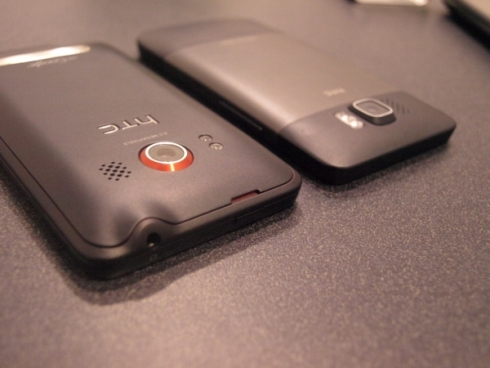 It’s not only the resolution, but also the lack of shutter lag, the refined camera control interface, very user-friendly and simplistic, plus the many options available. As you can see in the images included in this article, EVO’s battery section is coloured red and another interesting thing to mention is the fact that the headphone jack, that was at the bottom of the HD2 is now placed on top of the new model. 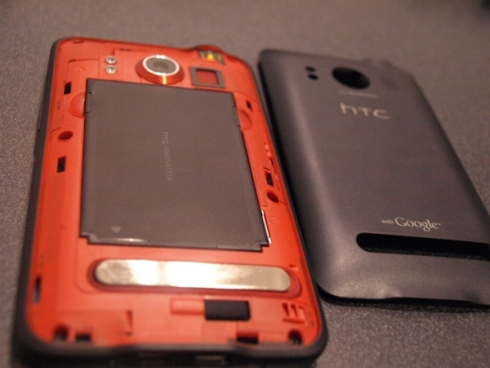 HTC EVO 4G’s kickstand is another cool addition, since it’ll be great for media playback and other suck tasks. The price will certainly be the important argument in buying the new device, or sticking with the HTC HD2. We’d certainly like to see a Windows Phone 7 version of the new smartphone, as well.