HTC HD7 has been all over the news lately, having its photos published online and its specs revealed, but the Windows Phone 7 successor to the HD2 is yet to have a launch date. Recently, the device popped up on T-Mobile’s accessories list, accompanied by a November 1st launch date. 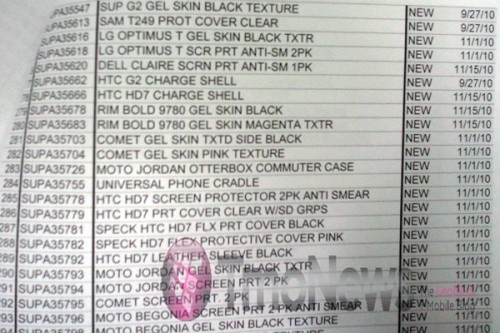 Among the products linked to the handset we learn about a leather sleeve, a charge shell, screen protectors, flexible protective covers made by Speck and more. Since the accessories are meant to debut once November starts, HD7 will probably arrive earlier, with sources claiming it’ll take off on October 18 in the UK.