Antoine Brieux finished one of his most complex concept phones, the HTC Touch HD Dual, also dubbed HTC HDD. The handset is looking great, as shown in the image below. We’re dealing with a phone that uses a dual core CPU and a multi OS platform. 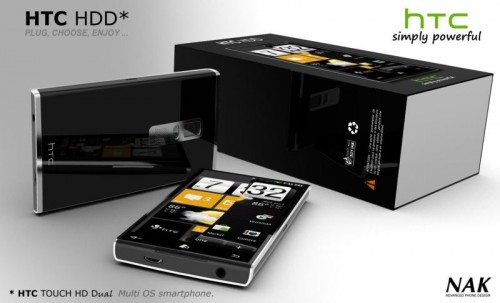 HTC Touch HD Dual supports 1080p video playback, HDMI connectivity and there’s also a 1.5GHz dual core CPU on the list. It’ll handle the multi OS aspect thanks to this processor, coupled with 1GB of RAM and support for Android 2.2/3.0 and Windows Phone 7. There’s also a 10 megapixel camera at the back, with LED flash and connectivity of the 4th generation also makes its way on the feature list.

We’re convinced that such handsets will appear on the market in 2011, if not earlier, so these specs won’t seem so futuristic any more… 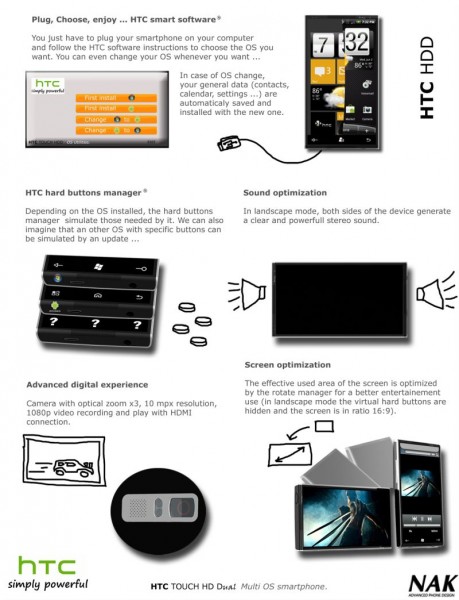 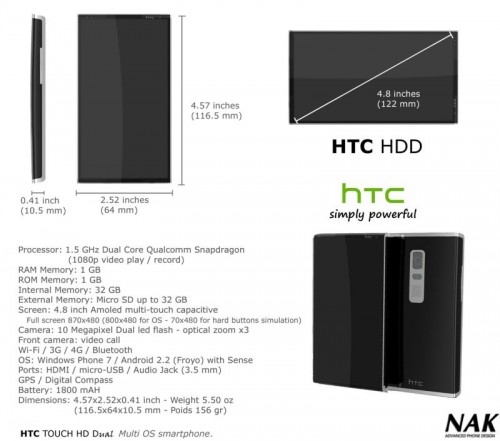