HTC has just confirmed on its Twitter account that it’ll be offering an Android 2.0 upgrade for its famous HTC Herosmartphone. The Eclair update is being readied right now and it might take a bit more time, as HTC updates the Sense UI for the new Android OS. 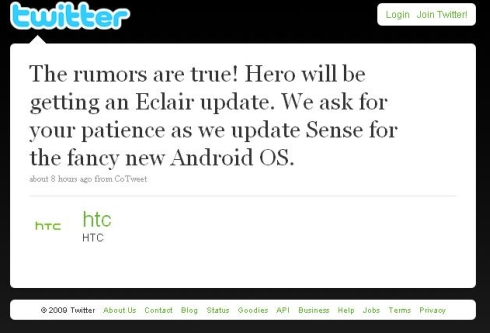 This would make Hero the second device to run (or get ready to run) Android 2.0, following Verizon’s Motorola Droid, scheduled for a November 6 launch. Last we heard, another version of Android was supposed to hit us before the year and this software (let’s say Android 2.1) should be the last for 2009. 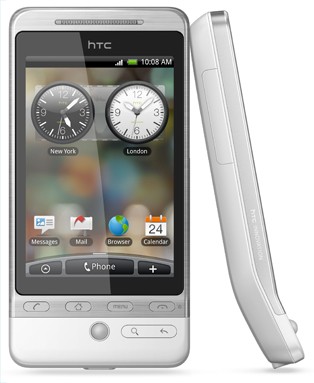