HTC J Butterfly is a quad core phablet with a 5 inch display, that sports a 1080p resolution and it was announced today by Japanese carrier KDDI. We’re dealing with a Full HD phablet with a Super LCD3 screen and packing a quad core Snapdragon S4 Pro CPU, that gets promoed in the video below. 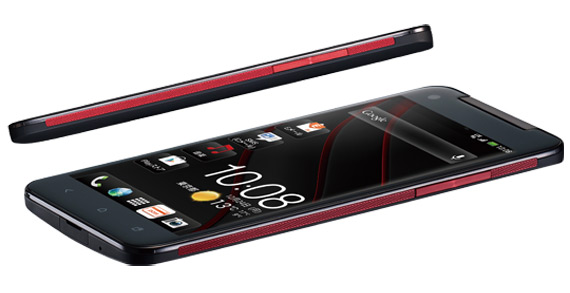 I can see here that there’s also Beats Audio technology on board, as well as the ability to do video and photo capture at the same time. The new screen has a pixel density of 440 ppi, that’s very impressive even by modern standards. The convex shape also makes the device stand out from the crowd of upcoming hotties, like the LG Optimus G and ASUS Padfone 2. They do share the same 1.5 GHz processor, but this model has a superior screen, one that officially starts the craze of 1080p phone screens.

Last year HTC had one of the first phones with a 720p screen after the Galaxy Nexus, the HTC Rezound model, that actually didn’t make the impact it should have. This time I think HTC may have a hit on its hands and it’s strange they decided to leave a stylus out this time, so technically this is more of a 5 inch phone than a phablet.