The HTC J was announced back in May and launched in Japan, but at the time it seemed like an unique version meant for this country alone. Now it appears, according to ePrice, that HTC is launching the handset in Taiwan, too and that’s happening soon. It would be expected that HTC performed such a launch, since Taiwan is its homeland, after all. 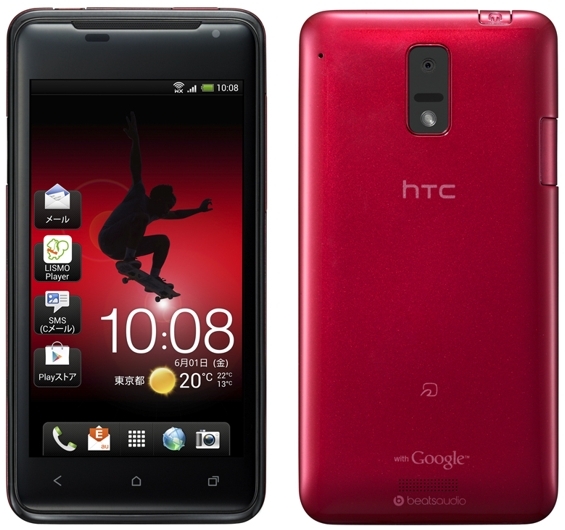 HTC J resembles the One S quite a bit, aside from being thicker. It also has similar specs, that include Android 4.0 ICS, Sense 4.0, a 4.3 inch qHD display, Beats Audio technology and a 1.5 GHz dual core processor. There’s also an 8 megapixel camera on board and 1 GB of RAM. HTC J will come to Taiwan in 3 color versions, like it happened in Japan and I expect to see this model is other countries as well, although there’s no official news about that.

The J unit was sold on KDDI in Japan starting May 25th and it came with support for WiMax, Japanese mobile wallet services, mobile TV and an infrared port. Not sure if these features will be kept in the Taiwanese version. In case you’re working, the dual core CPU inside is the famous Snapdragon S4, so performance is a sure thing here.