After having a look at HTC’s 2009 handset roadmap, leaked a couple of months ago, we get a similar leak, this time uncovered by FuzeMobility and taking the shape of a spreadsheet. This listing shows more details regarding HTC’s 2009 lineup and even mentions a couple of unfamiliar handset names, like Star, Superstar, Tachi, Chief and Captain. 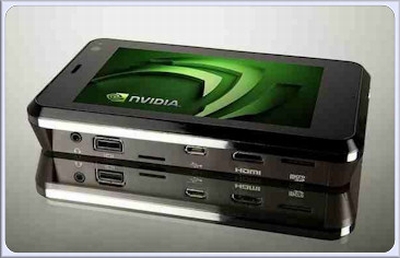 Captain is a Windows Mobile 6.1 smartphone that features a QVGA display and probably resembles Cedar and Willow, while Chief W runs the same OS, packs the same screen and the “W” is an indication of a World phone (supports dual CDMA and GSM). Chief and Captain could still be Cedar and Willow, but with different code names. 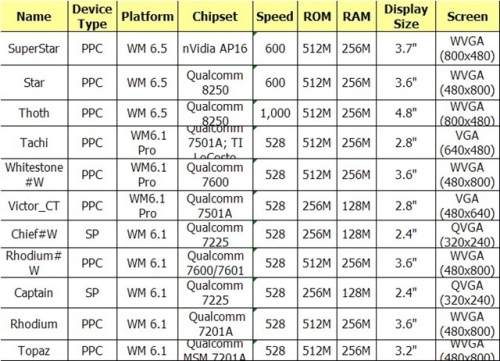 Tachi resembles HTC Twin very much as it runs windows Mobile 6.1 Professional and features a 2.8 inch VGA screen. Star could be HTC Firestone and the real mystery of this listing is Superstar, coming with a surprise: the Nvidia AP16 chipset, which might be the nVidia APX Tegra platform we’ve been waiting for.

Superstar packs a 3.7 inch WVGA screen and it’s a multimedia device that will surely make a good impression this year.