After last week’s Eclair update released for Sony Ericsson XPERIA X10, we learn that other members of the X10 family will get Android 2.1, the X10 mini and mini pro. Aside from these devices, there’s a HTC model bound to get an upgrade: Legend. However, it’ll receive it in the Froyo flavor. 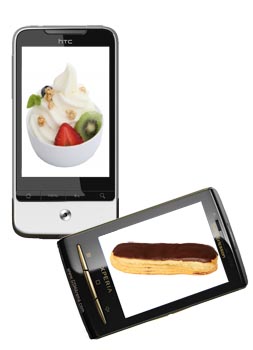 While the rest of the world expects Android 2.3 to debut this week, the X10 mini and mini pro will get their OTA Android 2.1 update in the following days, according to the Sony Ericsson blog. The XPERIA X8 should follow soon, although nothing is official, yet.

As far as HTC Legend is concerned, we learn from HTC’s Facebook page that its owners will start using Android 2.2 in the coming weeks, as the update kicks in.