After finally announcing their flagship smartphone, the HTC M7 / One, the manufacturer is not prepared to rest as we suspect its plans are to unveil even more devices in the mid and low end category. Like it was last year with the One X, S and V the M7 is expected to be accompanied by less pretentious brothers. 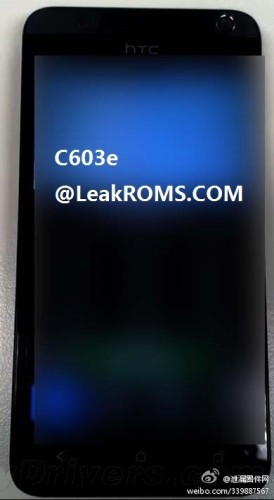 The HTC 603e has been long time rumored to be announced soon enough as a mid-end device. After receiving it´s certification from the Chinese equivalent to the American FFC, the handset was expected to be spotted on the market soon enough. More so, it is also said that the smartphone will get variants for the European as well as the US market. Weather this is the case we can´t be sure but what we do know is that the handset will soon be available on contract in China.

The Chinese HTC M4 is planed for a release in China´s Unicom portfolio soon enough. It is believed that the manufacturer may postpone any announcement until MWC this month when all the details will surface. Until then we have a first image showing it in all its might and it looks gorgeous. On the inside we expect to find a WVGA screen, dual-core 1 Ghz chip and Android 4.1 Jelly Bean.