We’re anxiously waiting for HTC Magic, just like the rest of the world, but the HTC Dream G1 follow-up will not only hit the global market this week, but rather invade it! In fact Engadget Mobile just announced that Spain will be the first to launch HTC Magic… in the following hours! Next comes Taiwan premiering the handset, as mentioned here. 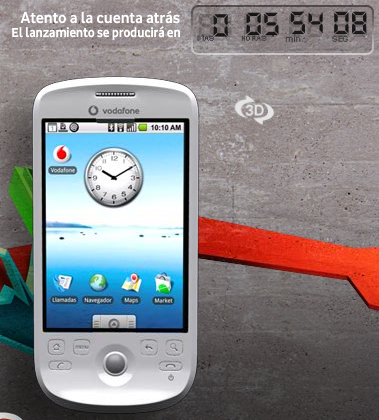 HTC and China Taiwan Telecom will be launching HTC Magic as soon as April 30, but the device will also work on Vodafone networks, which brings us to the UK launch, from May 1. T-Mobile Germany will also get the handset in May, together with the Cupcake update for the G1. Magic will also reach Italy via TIM on May 4 and Austria at the “beginning of May”, without a clear release date.

If you’re in Spain right now and you’re not too scared of the swine flu, go to the local Vodafone Spain store and try to get a HTC Magic! Back to the German release of Cupcake, the software will arrive with features like an additional on screen keyboard, video recording and playback, automatic adjustment of the touchscreen (when the G1 is horizontal or vertical) and Bluetooth stereo headset support.