It appears that the summer wave of launches doesn’t only have to do with movies, but also with new handsets, like the one shown below. The HTC One M8 Ace has been leaked before, but today we catch a glimpse of its design and we learn about a potential release date. 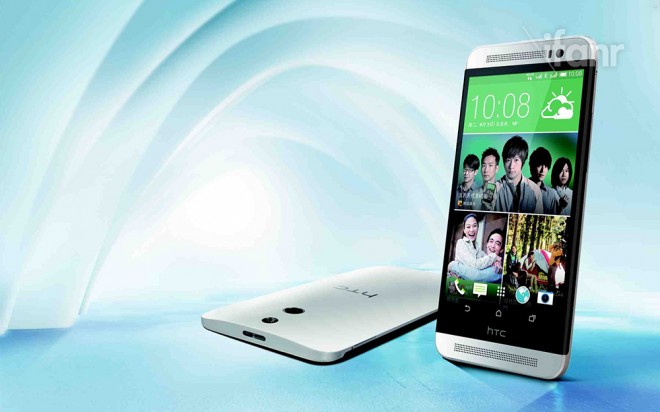 It’s interesting to notice that the source of the leak details this model as the “stylish version” of the HTC One M8. The device is said to ditch the 4 ultrapixel camera for a 13 MP BSI one and it’s said to debut in Asia on June 3rd which is next Tuesday. This model will be released in 4 colors, including blue and red and its specs are said to include the Snapdragon 801 quad core CPU, clocked at 2.5 GHz, a 5 inch Full HD display and 2 GB of RAM.

We’ll also be getting 16 GB of storage or 32 GB, a microSD card slot, a front 5 megapixel camera and Android 4.4 with HTC Sense 6.0. The battery inside is a 2600 mAh unit and I can’t help but notice that this model shares a few features with both the HTC One M8 and HTC Desire 816. It also comes with BoomSound, support for the Dot View cover and Motion Launch. The price of $480 has also been thrown around out there.