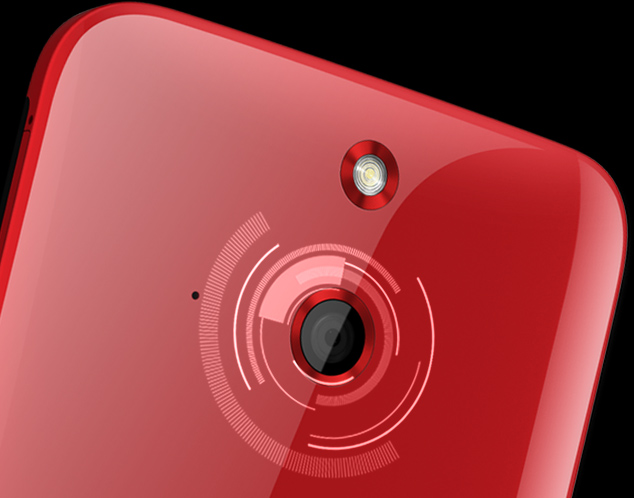 The mother of all leaks happened today and we could actually call it an unveiling instead of a leak, since it looks pretty official. HTC’s official Chinese site has published pictures of what appears to be the HTC One Vogue Edition aka the M8 Ace.

This is the curved smartphone with plastic case, the HTC One M8 relative that has been rumored for a while now. This device will debut officially on June 3rd during a special HTC event and the device doesn’t have a clear name yet, aside from the M8 Ace/Vogue Edition naming pattern. The design direction of the HTC One M7 is kept and the product is shown in black, white, blue and red.

It features a curved back, plastic case and the specs stay the same as the ones of the HTC One M8, including the Snapdragon 801 processor clocked at 2.5 GHz, the front 5 megapixel camera and the BoomSound speakers upfront. The Duo camera at the back gets removed and replaced with a single 13 megapixel shooter, while the infrared emitter seems to be gone from the Power button area. Expect to see this phone on China Mobile, with 4G LTE on board and a price bigger than $300, but less than $850.