Last year the Verizon customers were pretty angry at the fact that they couldn’t get a HTC One while the device was cool. Now we’ve initially heard that the new HTC One may debut on AT&T and Verizon on the same date, but it appears that Verizon will get it exclusively for 2 weeks. 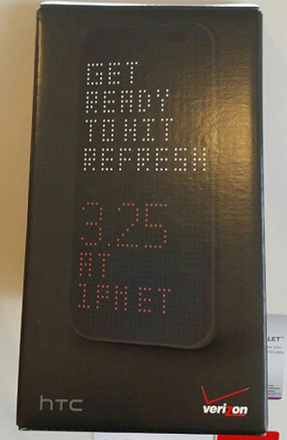 That 2 week period will start on March 25th and all of these details come from trusted sources close to Verizon. Last year the reason for the HTC One delay was that Verizon wanted to sell the Droid DNA for a bit more time, but this year, there’s nothing stopping the new One. So, on March 25th at 1 pm EDT you’ll see the new handset in Verizon’s offer.

UK retailers will also start selling the device on March 25th, the same day as the handset’s announcement takes place in London. This gives the newcomer about two weeks or more of advantage over the Samsung Galaxy S5. The pricing is unknown, but there are rumors about a $600 off contract pricing for the device.