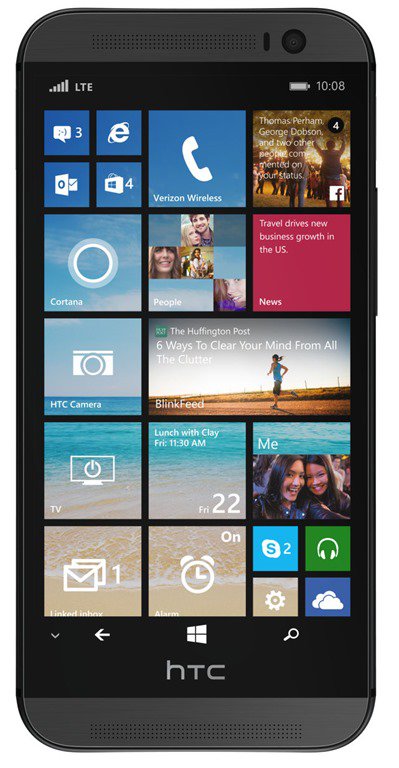 Expected to be officially announced during a press event in New York that will take place on August 19, it looks that today the HTC One W8 reveals its full specs list. Even if the One W8 name seems to be more interesting, it looks that for the moment this WP version of the HTC flagship is called HTC One (M8) for Windows.

Among the specs of this device we have a 5-inch Full HD Super LCD3 display, a quad-core Qualcomm Snapdragon 801 processor clocked at 2.3 GHz, 2 GB of RAM memory, 32 GB space of storage, a microSD card slot up to 128 GB and the popular DUO camera with ultrapixel technology.

Just like the One (M8), this WP 8.1 version brings a 5-megapixel front-facing camera, a nanoSIM slot, dual front-facing stereo speakers, and support for HTC Dot View case, a feature that arrived with the new update for Windows Phone 8.1 platform. While the specs are now known, it remains one thing to find – the price.