We’ve had the opportunity of testing the HTC One relatively early, since it’s launching next month. As you can see, we’re playing with it right now and it has made a great impression on us. The device was announced one week ahead of MWC 2013 and we got to handle it at the show in Barcelona. 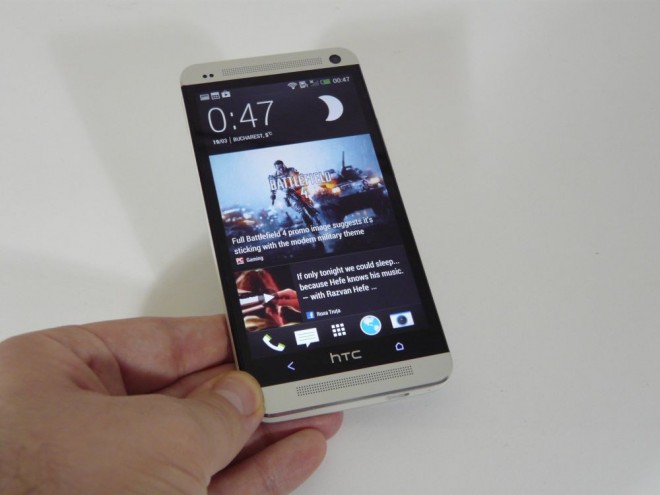 We’re dealing with a smartphone that should be priced at about 600 euro, free of contract. The first impression is a very nice one and the texture at the back of the phone is very pleasant. This is a very compact phone, in spite of packing a 4.7 inch display. Its case is made of a single block of aluminum that takes about 200 hours of work to completely polish. It’s got Gorilla Glass 2 at the front and internally, the components are set up like a reversed pyramid: big components at the top and smaller components at the bottom, just like on the HTC 8X. 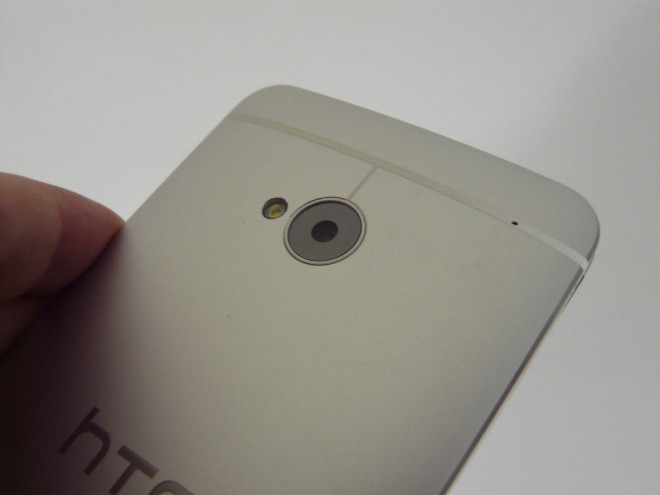 HTC One measures 9.3 mm in thickness, although it doesn’t feel like it and it also weighs 143 grams, but it doesn’t feel like it. The handset incorporates a 4.7 inch SLCD 3 display with a full HD resolution and it has 2 capacitive buttons below the display. The primary innovations here are HTC BoomSound, Zoe and BlinkFeed, plus the Ultrapixel camera, all of them detailed in the video below.

The power button also serves as an infrared blaster and at the back we’ve got polycarbonate stripes inserted in the metallic case. Finally, you should know that this model features a 2300 mAh battery, 32 GB of storage, 2 GB of RAM and HTC Sense 5.0, applied on top of Android 4.1.2.