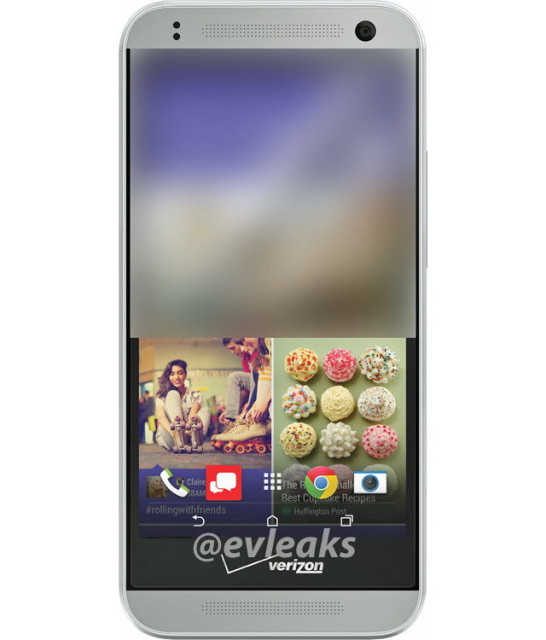 I think I’ve just penned a new verb: to evleak, tailored after the prolific work of @evleaks, who has become the definition of phone and tablet leaks. Today we posted an image of the HTC One Remix for Verizon, an US version of the HTC One Mini 2.

We can spot the BoomSound speakers, front side logo, HTC on screen navigation buttons and something that looks like BlinkFeed. It’s not yet 100% that the HTC One Mini 2 and this One Remix more are one and the same, but the similarities are plenty. The HTC One Mini 2 was announced this month and it comes with the HTC Sense 6.0 UI, Android 4.4 KitKat and a 4.5 inch 720p display, as well as the trademark aluminum chassis.

We’ve got a quad core Snapdragon 400 CPU inside, clocked at 1.2 GHz, 1 GB of RAM and a 2100 mAh battery. There’s a 5 MP front facing camera and a 13 MP back camera with Full HD video capture. There’s no Ultrapixel and no Duo Camera here, by the way. Now let’s see what price Verizon applies to the newcomer…