After the HTC One X and One S, we’ve had the opportunity to reveal the last member of the One trio here at GSMDome.com. I’m talking about the HTC One V, that was here for a week and was tested by us in all the aspects that matter. The handset sports a big chin, a tribute to the likes of the HTC Legend and it’s available for about $350 nowadays. 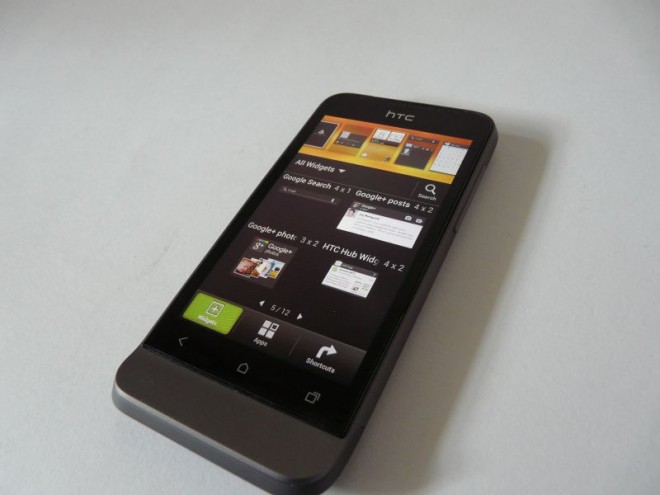 You’ll find the One V in black or Jupiter Rock, with the latter being the colour that we had the phone in. This model is pretty sturdy, thanks to a metallic case and unibody design. It uses a microSD card slot and SIM card slot hidden under a plastic shell at the lower back of the phone. That plastic area breaks the flow of the metal piece at the back and has an annoying space between the plastic and metal. Also, the chin and display glass piece come together in a rather unfortunate way, as if they weren’t meant to be combined.

One V measures 9.2mm in thickness, weighs 115 grams, sports the Beats Audio logo at the back, next to the speaker on the inferior area. Also at the back we find the 5MP camera and moving on to the sides, this is where we find the microUSB port on one side and the volume buttons on the other. At the top there’s an On/OFF button and audio jack, while the front hosts the screen, 3 capacitive buttons and no secondary camera at all. On the hardware side, we have a 3.7 inch display with a 480 x 800 pixel resolution, 4GB of storage, 512MB of RAM and a microSD card slot. 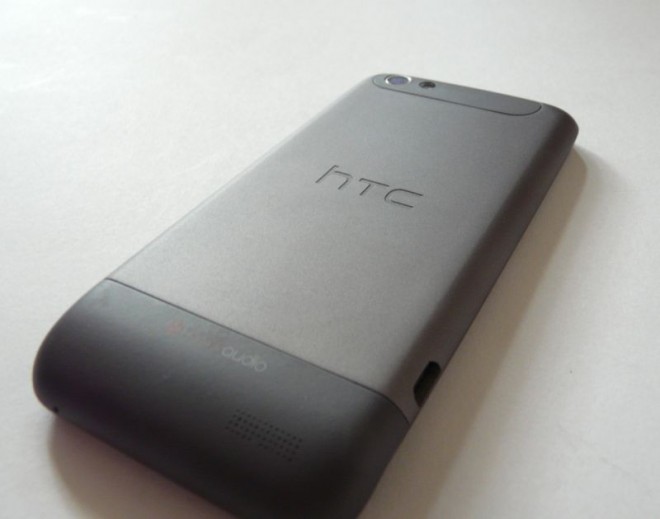 The brain of this midrange phone is a Qualcomm MSM8255 processor (Snapdragon), a 1 GHz unit with Adreno 205 to make games look better. As far as connectivity goes, you have HSDPA, WiFi, Bluetooth 4.0 and microUSB 2.0. Finally, the last specs include AGPS, FM Radiom accelerometer, proximity sensor and the 5MP camera. The latter supports 720p video capture, HDR, simultaneous photo and video capture, plus face and smile detection and slow motion filming. HTC One V relies on a Li-Ion 1500 mAh battery, that gives the user about a day or a day and a half of functioning time.

When it comes to benchmarks, HTC One V got 2762 points in AntuTu, a bit more than the HTC Desire S, for example, that scored 2627 in this test and also more than the HTC Desire C, also launched this year and getting a mere 2107 points in AnTuTu. In Quadrant, the One V didn’t do very well, with 1967 points, compared to the 4605 of the One X, but at least it beat the Desire C and its score of 1331. Moving to multimedia, the audio playback is great, volume is excellent and if you own a pair of Beats Audio headphones, the bass will be excellent.

video playback looks decent and the screen was surprisingly bright and colours very vivid. The camera raised above my expectations, especially in the video capture area. It’s frankly the best 5 megapixel camera on a midrange phone you’ll ever see in shops at this time. You can also do photo capture when playing back video, in case you’re wondering. As far as software goes, you get Android 4.0 and HTC Sense 4.0, meaning that there’s the usual bunch of widgets you already saw on HTC One S and One X, plus that new camera UI, with new effects placement and more compact options. 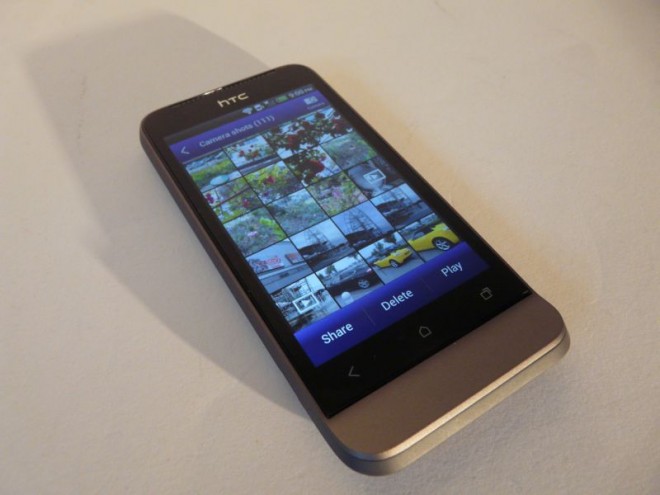 The Play Store link is now in the applications area, the Settings are in the notification area, while the multitasking button triggers an app preview area where swiping makes the apps cease functioning. Dropbox is preinstalled on the phone, FriendStream takes care of social networking, while the browser offers a special option for reading text only on pages and an appealing system of tabs, with large previews. And finally, we give you a short tour of HTC Hub in the video below, in case you were curios to see it again.

In the end here’s the verdict: this is a phone that gets an 8 out of 10 and its pros include the design, low price, great camera, fluid OS, resilient case, bright screen, while the cons include the CPU and RAM, that could have been better, the battery that could have also been a bit more powerful and the lower back lid that feels out of place. Don’t forget to also check out the video review below: