Everyone has been talking about the Nokia 808 PureView 41MP cameraphone ever since its unveiling at MWC 2012, where we were present to catch it in action. Now we have a video below, showing the very cool zooming in abilities of the device, even when filming in 1080p at 30 fps. I must inform you that we’re waiting for this model to arrive to us for testing purposes and we’re very excited about that. 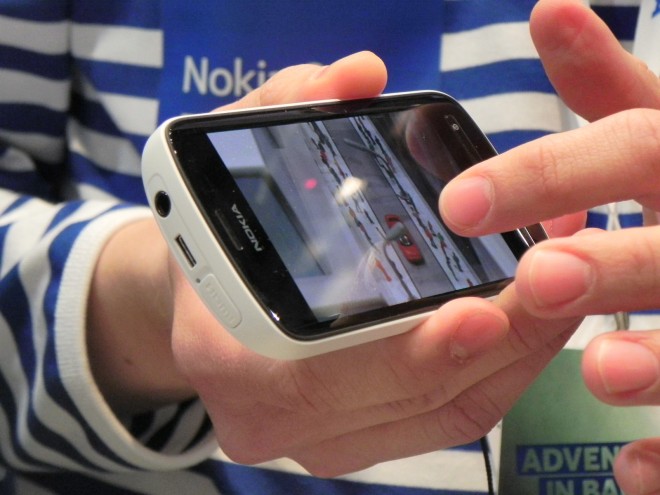 The handset relies on oversampling technology to combine up to 7 pixels into a true and pure pixel, eliminating the visual noise found on cameraphone shots. Users can also zoom in up to 3X when taking photos, without losing any details in the photo. Nokia also promised that there will be no artificially created pixels in the picture, as well. On the video side, you can do 1080p 30 fps recording with 4X lossless zoom, thanks to that big and powerful sensor, that may make it to a Nokia Windows Phone 8 device by the year end.

When filming at 720p you can do 6X zoom and up to 12X lossless zoom when capturing nHD video. A bonus is the ability to record brilliant stereo audio content when filming, thanks to Nokia’s latest audio technologies. Apparently, those allow you to get CD-like audio quality even in a noisy area. Nokia 808 PureView also offers a powerful Xenon flash and LED video light, so the capture will be great even in low light. Now just enjoy the great zooming in abilities portrayed below: