HTC is “spreading” it’s top devices to multiple carriers in the U.S. After Verizon Wireless got hold of one of the best mobile devices for this year – the HTC Droid DNA, it looks like AT&T is also getting the Taiwanese manufacturer’s attention, with one of their latest devices expected to be available starting this month. 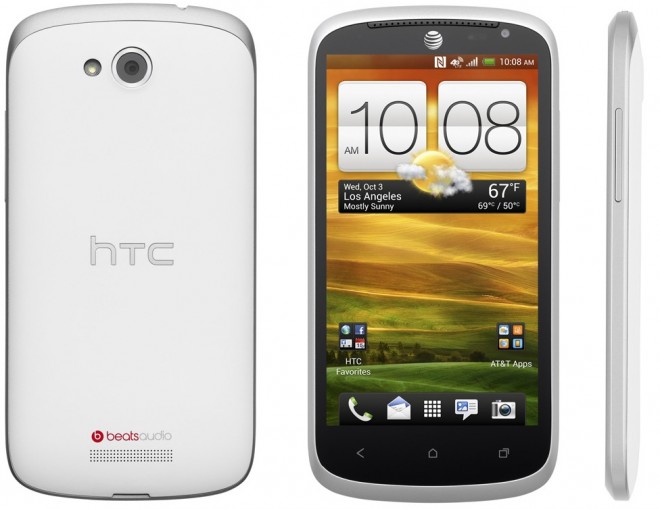 The HTC One VX is one of the manufacturers most recent devices that, while not on par with the Droid DNA for Verizon, is still to be considered a mid-high end device. Powered by a dual-core Snapdragon S4 Pro chip, clocked at 1.5 Ghz and with a screen resolution of 540 x 960 pixels, for its 4.5-inches display, the device has just about the same specs as the “older” model announced at MWC this year – the HTC One S.

Other features of the One VX’s configuration are the Adreno 305 GPU, 1 GB of RAM, 8 GB of on-board storage, expandable via MicroSD card slot and a Gorilla Glass protected front side. Conectivity features include Wi-Fi 802.11 a/b/g/n, dual-band, DLNA, Wi-Fi hotspot, GPS and HSDPA, 42.2 Mbps. There is a 5 MP camera on the back, complete with the latest features, like capturing photos while recording videos up to 1080p. The device will be available from AT&T for $49.99 with a two-year contract starting this month (December) including 4G LTE.