AT&T has been in the news a lot when the word got out that they have restricted the bootloader on the HTC One X. They did that to prevent the source code from being tinkered with, but good old developers found a way to root the phone in the end. 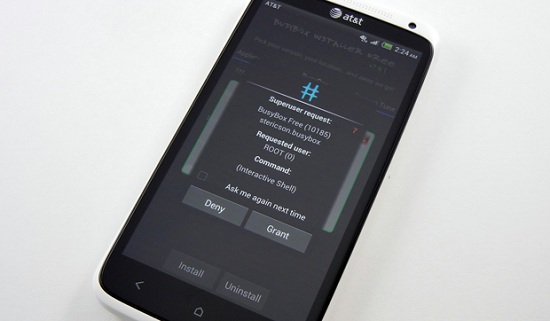 The version of the One X selling on Rogers in Canada was also part of this rooting process. Kennethpenn is the one providing directions via the XDA Developers community, but anyway the root is not for users who don’t know what they’re doing, so be careful if you perform it. At least the process is fairly easy to perform: you have to download HTC drivers and a small script, plus the smartphone to the PC and double click the script. It appears you won’t be able to flash custom ROMs yet, but at least you can root the HTC One X, right?

WiFi Tether and Titanium Backup are two examples of root-only apps that you can download on your device, for example. Also, you can get rid of the bloatware that fills your phone, courtesy of the carriers, simply by disabling it. So, the aim here is getting full control over the handset you’ve purchased and that’s exactly what the root offers. More info can be found on XDA.