We’ve been hearing about the rumored HTC One X+ for a while now, with its Tegra 3+ chipset at 1.7 GHz and more. Now we have some proof regarding the existence of the device: a NenaMark 2 score for it, that reveals several other details. This device is powered by the 1.7 GHz chipset made by Nvidia and features a 1270 x 720 pixel resolution. 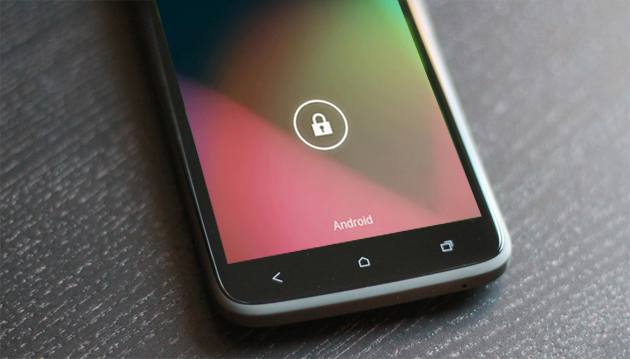 Codenamed HTC PM63100, this device runs Android 4.1.1 instead of the 4.0.3 version that runs on the HTC One X. No idea if this phone will debut on T-Mobile or not, but apparently insiders say that it may reach AT&T at some point. In the AT&T version it will be known as HTC Evitaire, provided that the source is real. HTC One X was already a hot phone and with this CPU update, I expect it to be even hotter. The NenaMark 2 score doesn’t really blow my mind, since I’ve seen similar scores on the Galaxy S III and ASUS PadFone, to be honest.

The real evolution here is in the Tegra 3 CPU and since the One X+ is meant for US carriers, it means that it finally gets that needed connectivity modem for LTE. As you know, when a Tegra 3 phone must reach USA, it switches the Nvidia CPU for a Qualcomm one to avoid connectivity problems. Now that Nvidia bought Icera for their modem technology, that problem is solved and the Tegra 3+ is probably the first fruit of this cooperation. 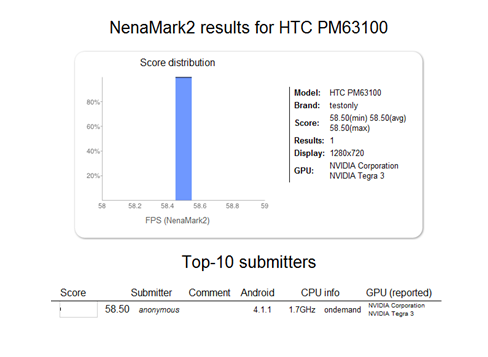