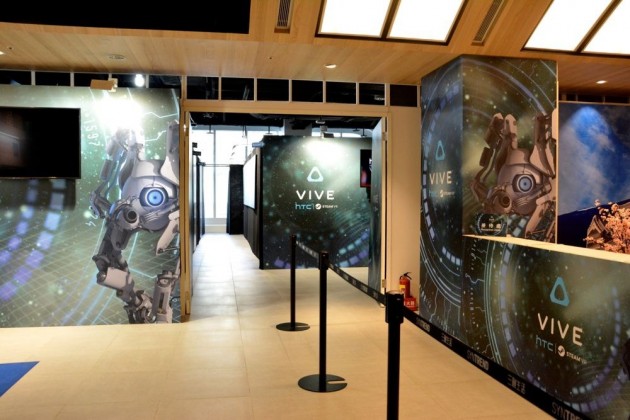 Through a new report from DigiTimes.com, we get to know that HTC just announced that it will cooperate with Syndtrend (an IT mall in Taipei), in order to establish a virtual reality experience center for consumers. This new center will be released in the Spring of 2016, more precisely in April.

By launching this concept, HTC plans to promote and test its VR headset called Vive. At the moment, this headset of virtual reality coms with hundreds of applications, but it seems that HTC’s North Asia president, Jack Tong, wants to see even more apps with support for Vive.

In the same time, the Taiwanese company will expand its B2B business development, and is seeking for other partnerships from new channels. As you already know, HTC Vive was developed in conjunction with Valve, the popular creator of amazing games like Portal and Half-Life. This virtual reality headset goes on sale starting February 2016.