Last we heard, Verizon was getting ready to launch 3 Android phones this year, but we’ll now make it four, since Moto Sholes, HTC Desire and HTC Passion will be joined by HTC Predator in October. While Sholes is very much real, the HTC models have only been leaked and not confirmed till now. 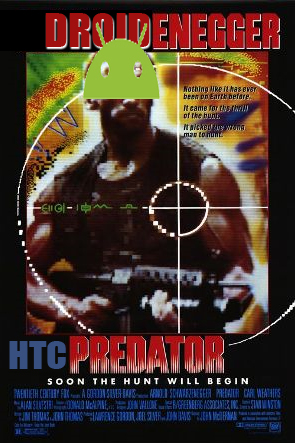 We wonder if in fact we’ll be surprised to see the same HTC models we already knew, only rebranded with the carrier’s logo. It might be that Verizon is trying to strip T-Mobile of its Android crown, since the carrier is the market leader in this segment, at least in the US, offering two models right now (G1 and MyTouch), followed soon by Moto CLIQ.

Also, we shouldn’t forget Sprint and their version of the HTC Hero, without a chin, but surely promising enough to conquer the market and even outsell Palm Pre.