After so many Sony Xperia leaks, it’s time to have fun with a HTC newcomer, that has just reached the interwebs. I’m talking about the HTC Primo model, that’s shown in the picture below and seems to be a budget handset with Android 4.0 and Beats Audio technology. I expect this device to be showcased next month at Mobile World Congress in Spain. 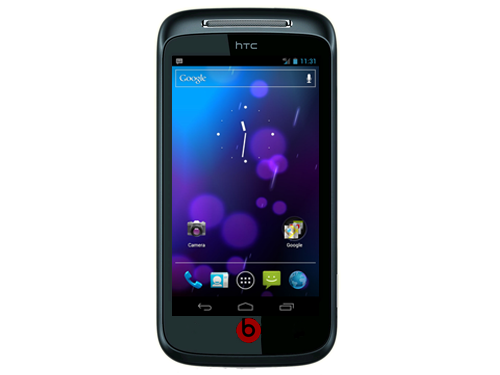 This mid-range phone only has the render above for now and no real life picture. It’s rumored that HTC Primo will feature a 3.7 inch qHD AMOLED screen, a 1GHz dual core Qualcomm ticker and 512MB of RAM. Rumors also say that it will come with Gorilla Glass, a 5 megapixel camera with 720p video capture and maybe a $250 to $300 price tag with a new 2 year contract. With HTC quad core phones being ready for MWC, it’s easy to understand why this model is a mid range unit.

A dual core phone for $250 could become a popular offer this year and I expect at some point that such prices will apply without contracts, as the technology becomes obsolete. I have to say that the Beats logo upfront looks a bit strange, so I prefer it at the back… Also, I’m curios to see what that 5MP cam can do, considering that the Galaxy Nexus also had a 5MP shooter and it made the most of it.