After today’s news that RIM changed its co-CEOs for a new, single CEO I came across something that might define the future direction of the Canadian phone maker. I’m talking about the BlackBerry concept below, created by Johan Anastasiadis, a handset with a wrap around touch display, that looks very original and sleek. 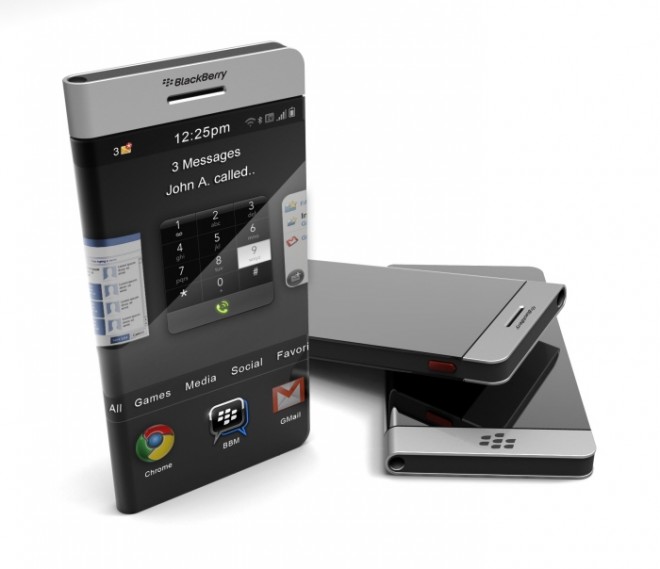 This device sports an asymmetrical design and seems to runs a relative of the QNX OS, considering that multitasking area in the middle of the screen. I’m expecting a dual core 1.5GHz processor here, at least a 5MP camera, 16GB of storage, NFC, LTE and a good battery. This 2012 BlackBerry concept is the work of a person that’s a BlackBerry fan and has an MBA in the design field. This BlackBerry’s display includes the soft keys on the underside, that are used for gaming purpose, or for navigation.

As you can see, Gmail, BBM and Chrome are all installed and there’s a notifications area at the top, maybe one that slides down, like the one in Android, Symbian Belle and iOS 5. There’s also a hard button on board, used to take pictures or lock the screen, if you want. The creator of this RIM concept phone says that he included an artificial intelligence feature, that predicts the user’s next move and intention. What’s really cool is at the front and back camera are hidden under the display, that will also double as the flash for them.