A recent study done by the guys of allaboutwindowsphone reveals that Windows Phone Marketplace is moving fast and it has just reached over 60k apps. That’s impressive, especially if you take into account the fact that it took 25 days to go from 50k to 60k items. And most of all it took 40 days previously to go from 40.000 apps to 50.000 for Windows Phone devices. 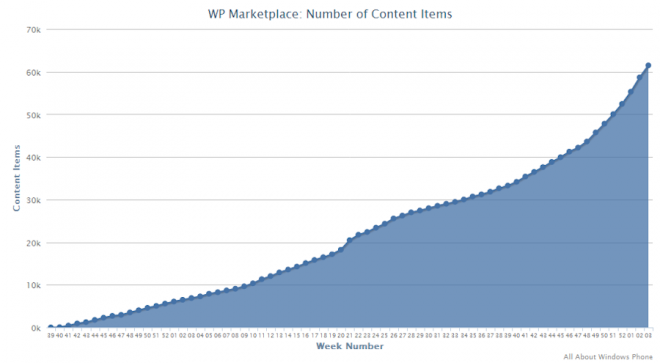 Right now 61,479 items are available, courtesy of 15,173 publishers. All About Windows Phone has its own tracking system, that reveals the growth of the platform and its app store, generating the graphics included here. I’m sure that the Nokia Lumia handsets played a bit part in this evolution. Recently I’ve heard analysts saying that Nokia sold around 800k to 2 million Lumia units, an important addition to the WP7 portofolio. And with HTC Titan II unveiled at CES and probably more models coming at MWC I can only see this OS expanding and increasing in market share.

The problem I always had with the Marketplace is that its prices are higher than on Android Market and sometimes even the Apple App Store. On the upside, at least we get a try before you buy option and the whole Xbox Live thing is working just great. I’d take that over Apple’s Game Center anyday, to be honest. How long till WP Marketplace reaches 100k apps at this rate? 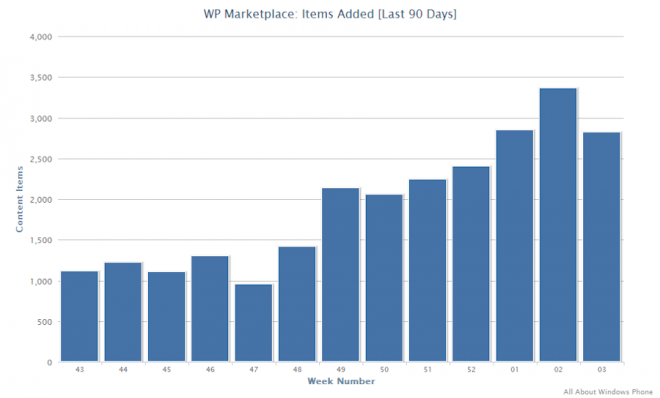