HTC Proto is a quite recent leak, being spotted on the web a bunch of times, with its cool elongated, metallic ring around the camera. Now the device is uncovered again, this time with a full branding and specs. It will be called the HTC Desire X and fit right between the HTC One V and One S in the 2012 HTC lineup. 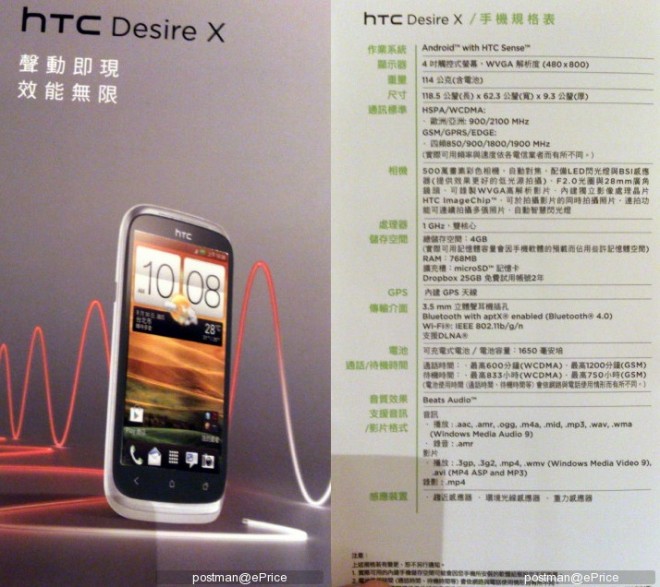 A quick glance at the design reveals a “baby” version of the One X with a polycarbonate non removable back cover, available in navy blue or white. According to the leaked documents this model runs Android 4.0.4 with HTC Sense 4.1 and features a 4 inch Super LCD screen with a 480 x 800 pixel resolution, a dual core 1 GHz processor and 768 MB of RAM, as well as 4 GB of ROM. It also brings 25 GB of Dropbox storage and a 1650 mAh battery. The device measures 9.3 mm and weighs 120 grams, although another source said 114 grams.

It will get Beats Audio technology and a 5 megapixel camera with autofocus, LED flash, BSI sensor and HTC ImageChip technology. If they price this right, this model could be a hit and when I say right I mean somewhere around $300 or so, maybe even less free of contract. IFA 2012 will probably bring an official unveiling of the HTC Desire X. 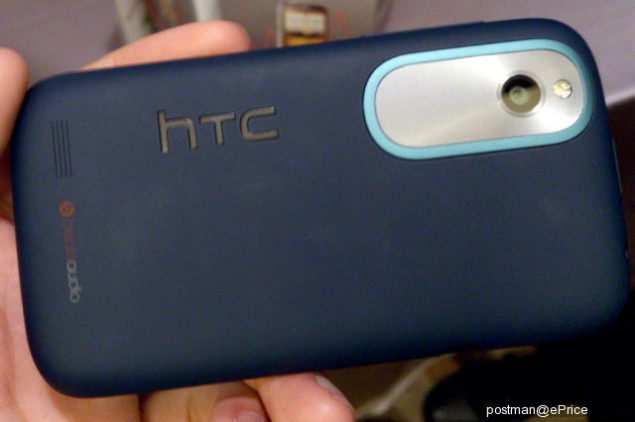 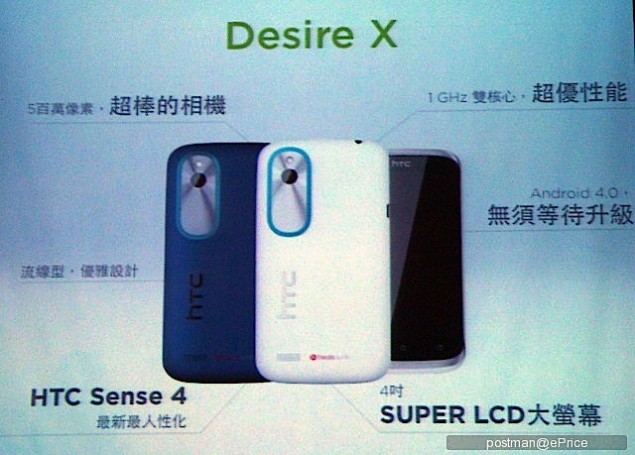