We’re only a week away from the big unveiling of the first Windows Phone 8 Nokia Lumia handsets and leaks continue to appear every day. Last week we saw some front panels of upcoming devices and now we also get some design patents that could fit those leaks. What you see here is a probable Lumia WP8 device, that could be the Nokia Arrow or Atlas, according to rumors. 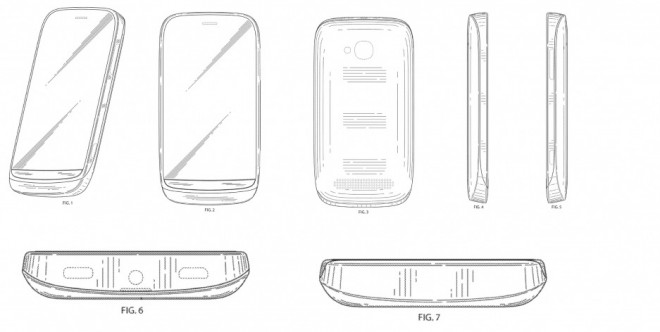 It could also be the rumored Nokia Phi or some other model. To me, the design in the sketch is similar to the one of the Nokia Lumia 710, so it leads me to believe that this in fact a midrange cheaper model, rather than a bigshot high end powerhouse of a smartphone. The design is also supposed to reveal that we’re dealing with a 4.3 inch smartphone and according to recent leaks, Nokia Arrow and Atlas are indeed expected to be midrange devices, so it fits the bill.

Considering Nokia and Microsoft like numbers so much, is there any chance this is a Nokia Lumia 720 or something like that? Maybe a Lumia 810 or 820? What’s certain is that it will run Windows Phone 8, possibly sport 512 MB of RAM or even 1 GB and pack a single or dual core CPU. 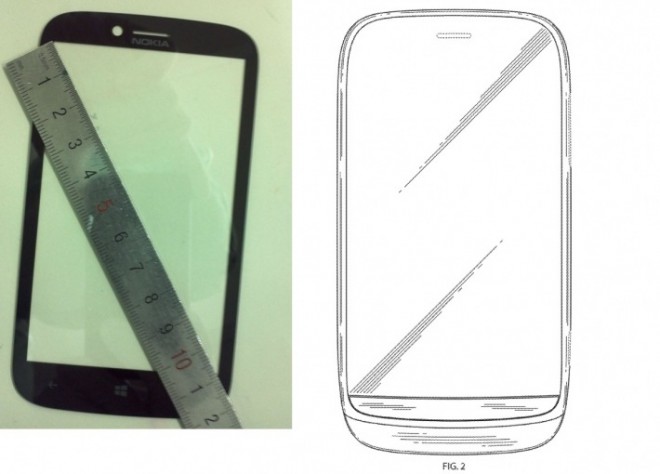