We’ve heard about HTC’s quad core tablet a while ago, but now the device gets specced and pictured, as you can see below. The HTC Quattro is supposed to come next year at MWC 2012 and it’s among the first tablets with four core CPU. 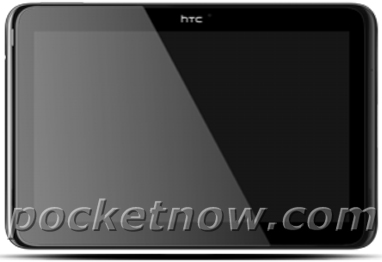 Peter Chou, HTC CEO revealed the slate, that will use a 10.1 inch display, supporting a 1280 x 768 pixel resolution. Quattro is based on a quad core Nvidia Kal-El processor, the famous Tegra 3 I’ve been hearing so much about. 1GB of RAM, 16GB of internal memory, a microSD card slot and 2MP HD camera at the backround up the hardware feature list.

Bluetooth 4.0 and WiFi in 5GHz frequencies handle connectivity and Beats Audio adds some volume to the product. There’s also a pair of speaker on board and a front 1.3 megapixel camera for videocalls. HTC Watch, the movie streaming service from the Taiwanese company also got updated and now offers HD content. There’s also a Dropbox account in it for your, once you get this Tegra 3 tablet from HTC.