There’s no shortage of hot new Windows Phone models out there and AT&T has an especially appealing offer. They sell both the Nokia Lumia 900 with an affordable price tag and the 16MP camera packing HTC Titan II, also running Windows Phone Mango. We’ve seen this device back in the days of CES 2012 and now it’s back for a store release. 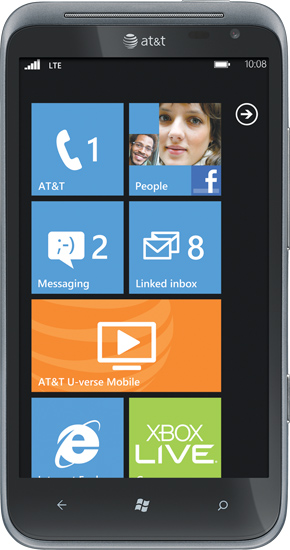 HTC Titan II is a Windows Phone with 4G LTE connectivity and it’s expected to come on April 8th, after initial rumors had it coming in mid-March, but that’s long passed. We’re dealing here with a device that doesn’t bring much extra compared to its predecessor, aside from that 16 megapixel camera with dual LED flash. The phone also comes with a 4.7 inch S LCD screen with 480 x 800 pixel resolution, a 13mm thick case, WiFi, DLNA, a front 1.3MP camera and a Qualcomm Snapdragon S2 1.5GHz Scorpion CPU.