HTC Touch HD is well known for its quality 3.8 inch display and its uber-specs, among which there’s a 3.5 mm stereo jack, so why not make the handset a superb gaming platform? HTC cooperated with EA Mobile to bring a couple of famous titles to their very hot smartphone. 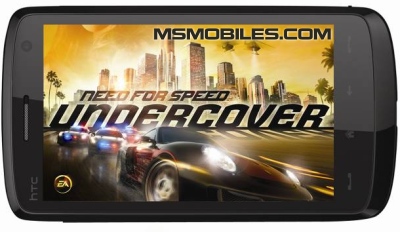 Among the titles chosen to hit Touch HD, there’s Need for Speed Undercover and Monopoly Here & Now, both bundled on the device, in its Asian version. Racing will be done in NFS Undercover with the aid of the TouchFLO 3D UI and the phone’s G-Sensor will detect your movement and change the view to landscape mode, in order to allow a clearer visualisation of the drifts.

Monopoly Here and Now is a pretty addictive and modern version of the famous board game, that will be even more fun on a portable platform.