HTC Touch Pro 2, in the T-Mobile US version is getting ready for the big launch and some lucky folks have already had the chance to toy with it. Among them there’s TMoNews forum member Docpgrego, testing the smartphone at his local T-Mobile store. 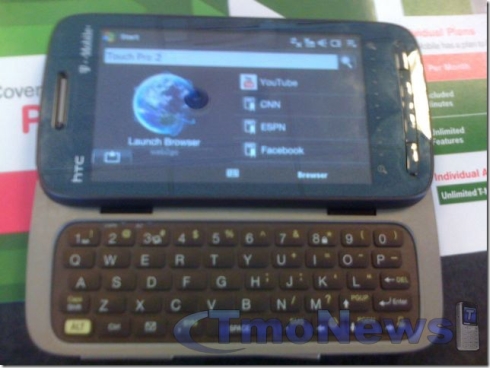 Docprego says that he played with the device for 45 minutes and took as many videos and photos as we wanted. Too bad that those were taken using the man’s iPhone (blasphemy!), so don’t expect exceptional quality from the hands on video below.

The excited user also mentions that Touch Pro 2 is amazing and gorgeous, even if some people won’t dig the color it’s available in. He even compares the smartphone with a precision instrument and praises its build quality and slimness. Here’s the close encounter with the device, captured on video: