HTC’s Touch2, also known as HTC Mega recently got detailed, just as Nokia was showing its hot phones in Stuttgart. This entry level Windows Mobile 6.5 reached the hands of the Mobile Review folks, lucky as usual and always ready to review a yet unlaunched device. 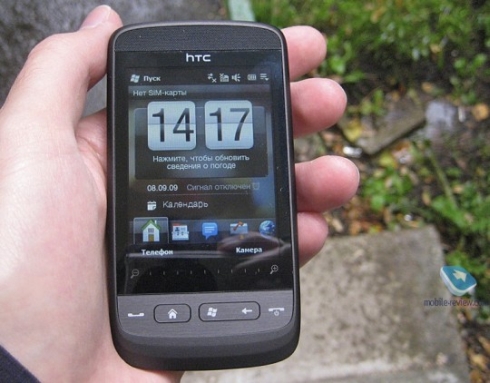 The handset comes with an UI that reminds some of the famous Sense interface and the reviewer claims its 2.8 inch QVGA display is quite compact. The latest version of TouchFLO is on board and it shows up decently on the screen, while reviewer Artem mentions that call quality as good, although he checked out a pre-production version of the phone.

HTC Touch2’s speaker is pretty loud, there’s a 3.5mm headphone jack on board, but the camera is certainly a disappointment, after all this praise. Also, the buttons are not too comfy to use, but at least battery life is OK and the screen is responsive. Expect the phone to drop on the UK market on October 6th, followed by a worldwide launch in Q4.