HTC has been producing quite a bunch of hit devices till now, but for some reason we haven’t seen too many high end QWERTY Android smartphones. One of such rare birds is HTC Vision, recently leaked online for the first time and shown in the beautiful image below. 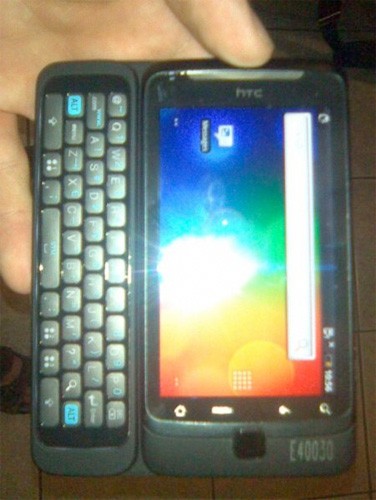 Last we heard of this smartphone, we were dealing with a mere user agent profile detailing the unit. A Croatian site leaked this handset and we learn that Vision features a 3.7 inch display, a 1GHz processor (Snapdragon most likely) and Android 2.1 with HTC Sense UI.

The keyboard on the device looks particularly appealing. What do you think?