HTC Zara has been spotted in a few press renders over the past week and it even got a Mini version leaked out in the meantime. However, we’re not here to talk about the Mini, but rather about the Zara, that will be launched under the moniker Desire 601. 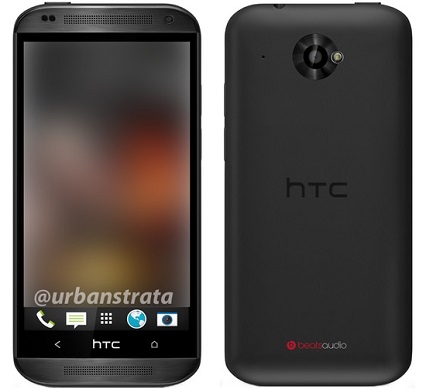 The information comes from the usual @evleaks and you should probably know there’s already a Desire 600 out there, a dual SIM Jelly Bean handset with a 4.5 inch qHD display. The Desire 601 name will be destined for the Zara, however and the specs won’t be very different compared to the Desire 600’s. We’ll also get a 4.5 inch qHD display, Android 4.3 with HTC Sense 5.5 and a dual core 1.2 GHz processor.

We’ll also get 1 GB of RAM, an 8 megapixel back camera with LED flash, Beats Audio and front facing speakers. 8 GB of storage and a microSD card slot complete the specs list. No idea when this product will be launched, but it may happen soon. In US there’s talk about a launch on Sprint for this model.