The folks of T3 have had the opportunity of chatting with Horace Luke, Chief Innovative Officer at HTC, discussing the brand new HTC Sense UI and the Hero handset. 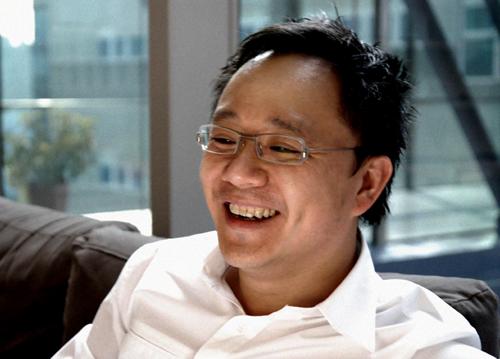 Horace Luke claims that Sense is HTC’s design philosophy, relying on personalisation that allows the users to customize their own handset, as they like it. This UI is people-centric and it incorporates many communication features, that are only a button away. Check out a contact from your phonebook and you’ll see his email address, SMS messages and Facebook account, plus Flickr.

Next, Horace goes on and says that Android is a pleasure to work with, since it’s a flexible OS, that allows bottom layer changes, unlike Windows Mobile. HTC’s CIO also mentions that he can’t say if we’ll see the Sense UI on other Android phones available now, but what’s certain is that it should make it on as many devices as possible.

We digged the comparison between the iPhone and the “watermelon seed” in the interview, as Horace said that Apple’s phone is sooo slippery and it can’t compare to the new and grippy HTC Hero. The teflon layer is the one to “blame” and although HTC’s CEO, Peter Chou didn’t like the handset at first (with that chin and all), he has come to love the new design.