I’m sure that by now many of you must know that HTC is going to hold an event on the 19th of this month. Before MWC and wanting to feel nothing short then special, HTC is going to announce its latest flagship device and also something entirely new. Then there is the UEFA partnership deal that might just include a tablet. 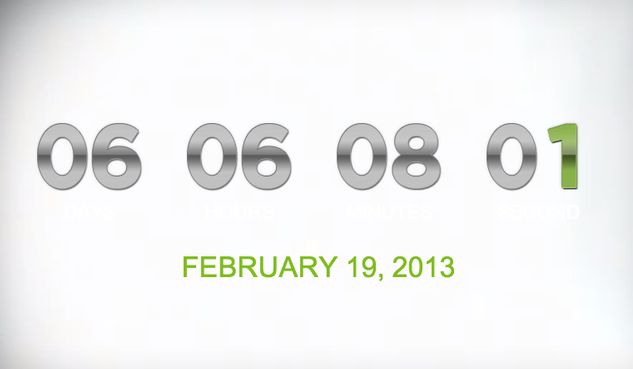 As the mobile market has never been so crowded, especially in the Android segment, few believe that there is room for one manufacturer to change the way we perceive things in regards to some aspects. HTC has thrown itself right in the middle of the ring and from there its going to announce one of the best handsets for this year and a game changer no doubt. The all so rumored HTC M7 – One will be announced for everyone to hear, and not during an overwhelming event such as MWC.

HTC has plenty of opportunities to be delighted about this year’s announcement. The manufacturer stands among the first to have implemented an 1080p screen in one of there devices and from there everyone followed. Now it is looking for another giant leap, into the world of ultrapixels and a whole new approach in terms of design for their latest smartphone. Wanting us to remember the date, HTC has started its own countdown till the 19th of this month for the big unveiling. They have also released a teaser clip, that we posted below for you to watch.  Little more then 4 days until the announcement that is going to make us all proud of how technology has evolved.